He was late again. She stamped her feet to encourage feeling to return to her extremities. All she got for her effort was a half-painful buzz of awareness shooting up her legs before her toes settled back into tingling numbness. They still existed. Lucky her. It was cold for October, and although it hadn’t snowed yet it was inching toward winter. She had worn a short-sleeve shirt because her boyfriend was going to pick her up. But he was late. Again.

Her phone lit up the darkness growing around her and she eagerly read its message, but her excitement quickly turned to anger. Sorry babe, it said. Be there in twenty. Got distracted watching the game. Leaving now. Hearing the creak of wheels on an ancient axle she watched as a faded blue bus rolled into the parking lot. It idled, its windows glowing with the promise of warmth still twenty minutes away, maybe more, if she waited for her boyfriend.

Forget it, she typed back furiously. I’ll take the bus. Not waiting for a response, she shoved the phone in her bag and ran to catch up with the bus. She chased it, calling out for it to wait, as it threatened to leave her behind in the parking lot. It slowed to a stop, and she approached it cautiously, a chill running up her spine. Cold, she thought. The cold and dark are getting to me. The bus was a run-down relic from the fifties, and as the bi-fold doors cranked open she had the unsettling feeling the driver was just as decrepit.

She hesitated for a moment, pausing in the doorway, when he spoke in a gravelly whisper. “Last bus,” he said. His paper-white skin had a blueish cast to it. “Cold night. Going to get colder.”

“Do you go up past the college?” She cast one last look at the deserted lot, wind blowing mournfully through the few trees that still had leaves. The limbs swayed in the light of flickering bulbs casting shadows on the ground and left her with no desire to remain in the isolated spot. Alone.

“Last bus,” he repeated, and she stepped forward, the doors closing behind her with a groaning finality. As she passed him, it felt as though she went through a curtain of ice and she swallowed hard as a shudder racked her body. She took a seat behind the driver about halfway down the bus-length when he took off with a lurch. She would get off at the next stop and tell her boyfriend to meet her there.

She looked at her phone. No service. It was cold in here. Even colder than it had been at the parking lot. She rubbed her arms. “Can you turn up the heat please?” She asked. “It’s freezing in here.” He didn’t respond. She hugged herself to try to get warm. Her breath was visible in the air. The bus rolled on.

Just a little longer, she told herself, as she felt her anxiety grow. Just a little longer and she would be home. Her boyfriend would call and apologize. She would accept. And he would come over with flowers and they would sit together in the warmth of her living room as they watched a scary movie together. All she had to do was wait just a little longer.

Frost was forming on the windows and her anxiety transformed into fear as the bus flew past the college and continued down the old abandoned road that circled in a loop above campus. “Hey! What are you doing? You missed my stop!”

She ran to the front of the bus, barely noticing the burn of cold metal on the seat top, as she struggled to keep her balance. “Let me off!” She yelled angrily. She recoiled in shock as she bounced off something clear and cold separating her from the driver. “Wha-what is this?” She whispered in horror as panic started to set in. She slammed her fist against it. Harder. Until a spiderweb of cracks began to radiate from the impact. A thick, heavy sheet of ice had formed between her and the driver.

She looked into the wide mirror above the windshield and a scream of terror tore from her throat as she met demonic red eyes staring at her out of a cold blue face. The face of the dead. “Last bus,” the creature said as its smile widened in fiendish pleasure. She sobbed in realization at the meaning behind its words and backed away, the ice clouding over between them as laughter filled the icy air with echoing horror.

Her screams joined the laughter until her shivers choked them off. She slumped into one of the seats. Her breath fogged the glass and she stared in horror as it revealed desperate messages begging for help. Her own fingers traced the letters before she spelled her name in the ice crystals frosting over the panes that concealed her from view. She was so tired. Maybe if she closed her eyes she would wake up to find it was only a terrible dream…

“Pity,” the officer said. “The boyfriend is real broken up about it. Blames himself. Says he was late and she told him she was taking the bus.” He looked to where a distraught young man was being comforted by his partner, the flashing lights of a patrol vehicle nearby.

The coroner sighed. “Froze to death. I don’t understand it.  It wasn’t that cold last night. And what was she doing way up here?” She shivered in the cool autumn sunshine as her eyes read the battered letters on the old bus sign above their heads. “This route hasn’t been in service since 1954…”

(Boo! Happy Halloween! Early. Hope you enjoyed this spooky little tale. This one is for my friend Kiera who likes a good ghost story. It was inspired by a bus ride I took last year where the heater went out in the middle of winter. We stuck it out for nearly an hour before they found another bus for the last fifteen minutes lol. Brrr! Happier ending for me thank goodness!) 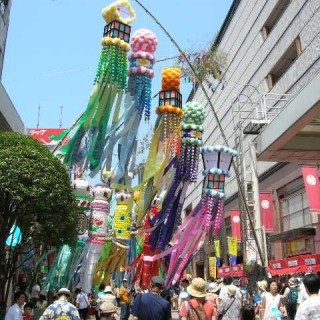